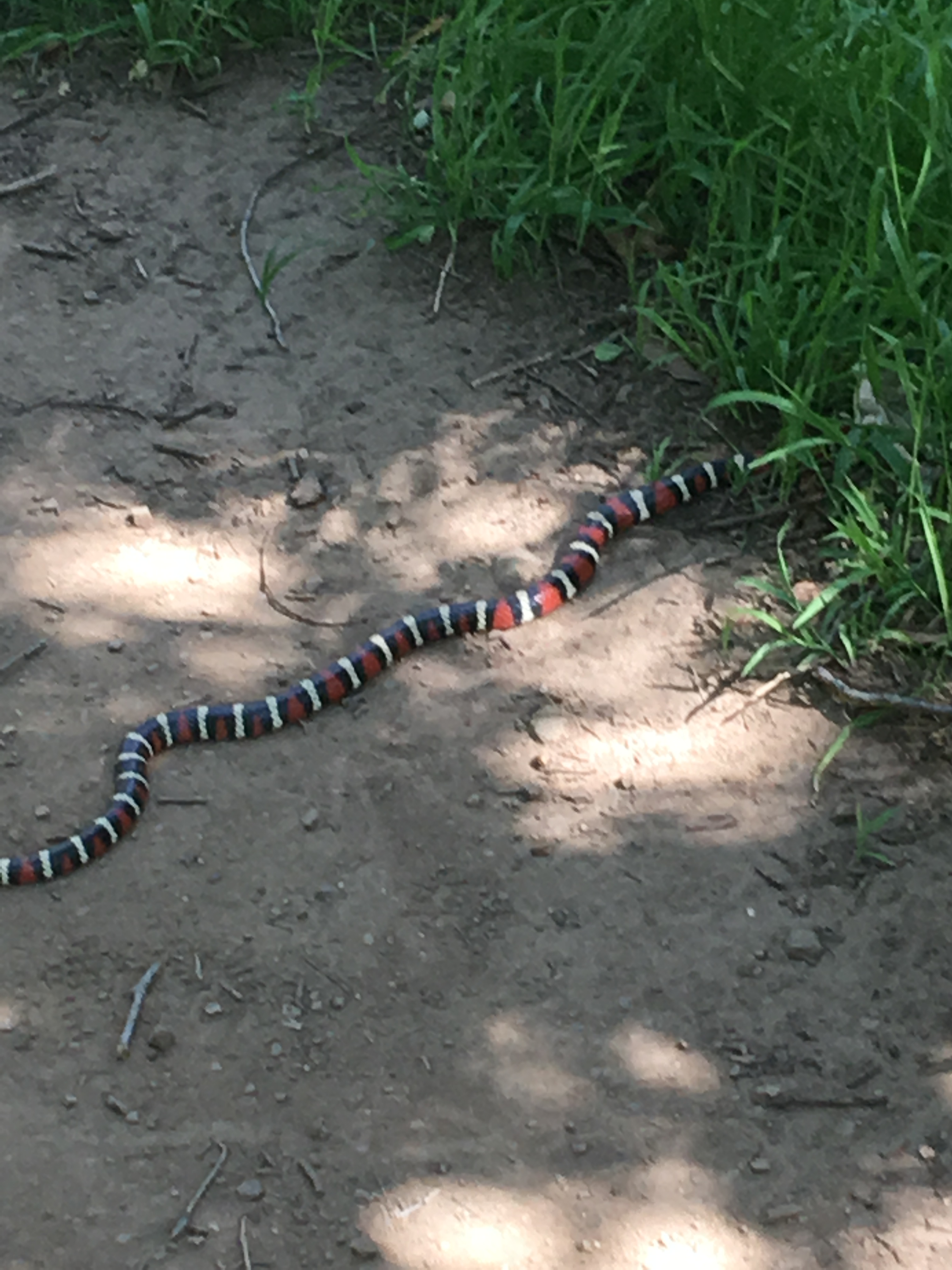 Just cruising along on a busy-ish trail in Temescal Gateway Park in the Pacific Palisades. Was with a lovely couple of families and their kids, noticing the great oaks, sycamores and arroyo willows when – WHOA! We stopped and there was a sizeable California Coastal or California Mountain Kingsnake!

I’ve hiked the greater Los Angeles area for 25 years now and have seen just a few snakes: a couple rattlers, a gopher snake or two but never the Coastal Kingsnake. Lampropeltis multifasciata / zonata for your lovers of Latin and biology. With red, black and WHITE bands. Also known as a Milk Snake.

This snake is NON VENOMOUS and is sometimes confused with a poisonous Coral Snake which has red, black and YELLOW bands. That snake however is not found in California. There’s a mnemonic device for remembering the difference between the NON venomous King Snake and a venomous Coral Snake. “Red touch black, safe for Jack. Red touches yellow, kills a fellow.” There are some other details on that here: http://www.aaanimalcontrol.com/blog/red-touch-yellow.html Still, it was really really really amazing to see such a colorful reptile right there on the trail today! Get outside and see some wildlife of your own=)!

Ted Mattison, also known as Ranger Ted, is a Certified California Naturalist, trained in Wilderness First Aid, and has explored, hiked, canoed and kayaked extensively from his home state of Minnesota to Alaska, Washington and California. He’s a graduate of Oberlin College and a former Social Studies teacher. Ted has been a working actor, director, producer and acting teacher in Los Angeles for 25 years. He is the founder of Wonder Outside with Ranger Ted and lives in Huntington Beach with his wife and two daughters. For more info please visit http://www.rangerted.net