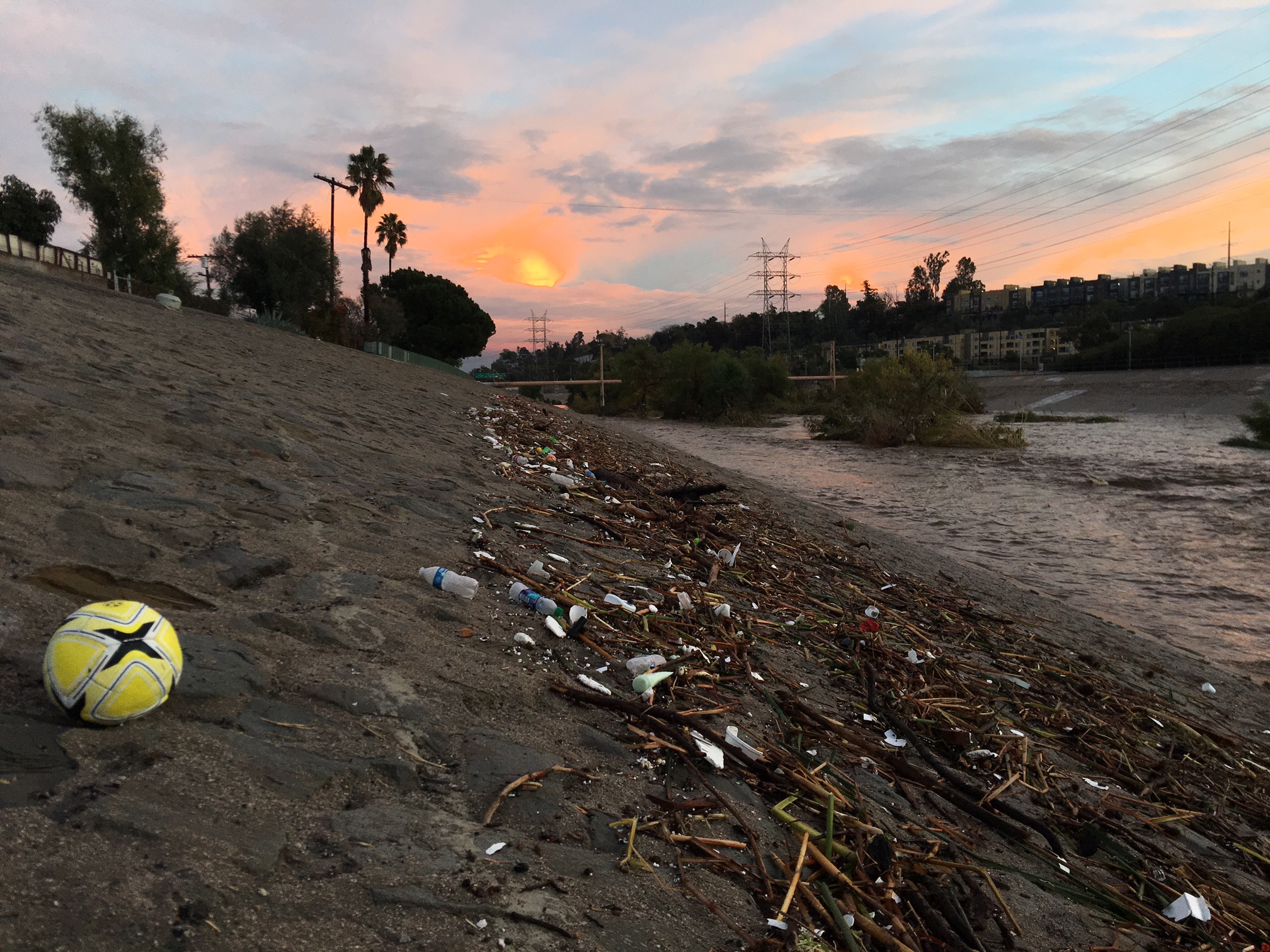 The power of the LA River today is basically as strong as it’s been all year.  And all people, motorcycles and Terminator’s should stay a good safe distance away to observe. But please do observe and wonder at the power of this amazing NATURAL resource in LA.

Yes, it’s a real river that runs along a real river course.  Much of that is now concrete, yes. But it still retains many of the characteristics of the original un-concrete river.  Mainly, it rages when it rains!  All the birds are here…and a lot of the pollution is moving too.  In fact, some estimates say that over 1 MILLION cigarette butts alone are washed into the beaches of LA every MONTH.

In the next post I’ll share the video I shot in the “frogtown” neighborhood. Basically so named due to (surprise) all the FROGS that used to basically take over the riverbanks when the river flooded.

Part of the wonder of nature is how we choose to interact and interface with it.  That’s all on display here in greater LA today.  Parts of the river are being “recalimed.” In other words, some concrete is getting removed, some parks are being built alongside and even some kayakers are paddling sections of the LA River, thanks in large part to the great people at Friends of the LA River.  https://folar.org/

So, for my fellow Angelinos take a close, but not too close look and for those out of towners who come to LA, consider exploring the ever changing natural/urban landscape that is the LA River.

Ted Mattison, also known as Ranger Ted, is a Certified California Naturalist, trained in Wilderness First Aid, and has explored, hiked, canoed and kayaked extensively from his home state of Minnesota to Alaska, Washington and California. He’s a graduate of Oberlin College and a former Social Studies teacher. Ted has been a working actor, director, producer and acting teacher in Los Angeles for 25 years. He is the founder of Wonder Outside with Ranger Ted and lives in Huntington Beach with his wife and two daughters. For more info please visit http://www.rangerted.net