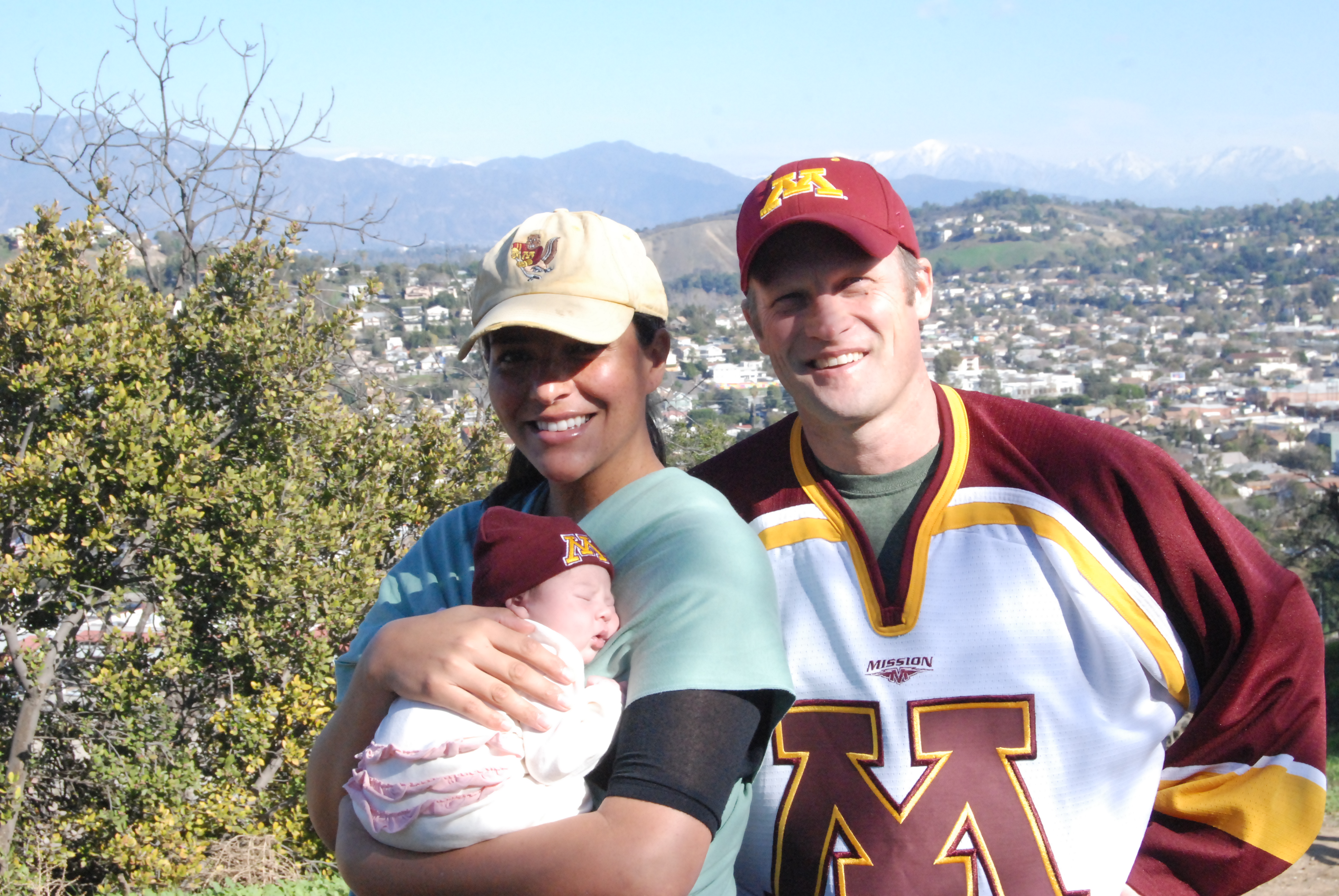 When hiking in Hollywood and looking at the San Gabriel Mountains, people ask me all the time, “Am I crazy, but is that a transverse mountain range?” And I say, “You mean that very rare mountain range over there that runs transversely, EAST to WEST?”

And then they say, “Yes! It kind of reminds me of one of the other rare transverse mountain ranges, the Pyrenees which separates the Iberian Peninsula from continental Europe.”

The View of the Valley

Okay, this conversation never happens. But whenever possible I do point out the very rare sight visible to many here in the greater Los Angeles and Orange County area. It often happens after I’ve talked about Hugh Hefner and his history with the Hollywood Sign. Hef was instrumental in both rebuilding the Sign and later protecting nearby land from development. https://www.vanityfair.com/hollywood/2017/09/hugh-hefner-hollywood-sign

We care about transverse mountains.

But nothing on the hiking tour to the Hollywood Sign gets me more excited than pointing out the transverse San Gabriels. Part of the fun is the utterly blank looks on faces of my clients. “What did he say? Is he still talking to us?”

I feel the challenge to turn those blanks into grins or at least motivate one of a dozen to remember the word or maybe Google / Wiki it later.

Going Back to School

Another part of the thrill is that I remember when I first learned about transverse mountain ranges. I was with the absolutely amazing teacher – biologist – geologist – conservation experts of the Tejon Ranch Conservancy. http://www.tejonconservancy.org/ These folks rocked my world as they taught the amazing certification classes for the California Naturalist Program. It was like going back to college and being on wonderful field trip at the same time – less the pressure to earn a good GPA! To find out more about this course (doable in just a few months time) contact http://calnat.ucanr.edu/

When an expert geologist explained the transverse mountain rarity it was like I finally understood California! I finally realized why those mountains I had been exploring for 20 years felt odd.

IT WAS BECAUSE THE SPINES OF THOSE MOUNTAINS WERE RUNNING THE OTHER DIRECTION! And that was opposite of the Cascades, Rockies, Sierra’s and just about every mountain range in the whole wide world!

And get this – those San Gabriels used to run the regular way! “About 20 million years ago, the Pacific plate began scraping against the North American plate and broke off a piece of continental crust. Trapped between two plates, the loose block of crust turned 90 degrees clockwise as the Pacific plate dragged it to the northwest.” For more details on that, check this out. https://www.kcet.org/shows/lost-la/rise-of-the-sierra-madre-a-brief-history-of-the-san-gabriel-mountains

With that knowledge I simply had to let others know about it. It matches with my basic philosophy about getting outside. The more you do it, the more you wonder. The more you wonder, the more you want to share that. So, thanks for letting me share! The challenge question for you is: Other than the San Gabriels and the Pyrenees, can you name a few of the other transverse mountain ranges on the planet? Good luck!

Not far from these mountains is the unique and amazing Los Angeles River. https://wonderoutside.org/2018/12/07/no-t2-today-in-la-river/