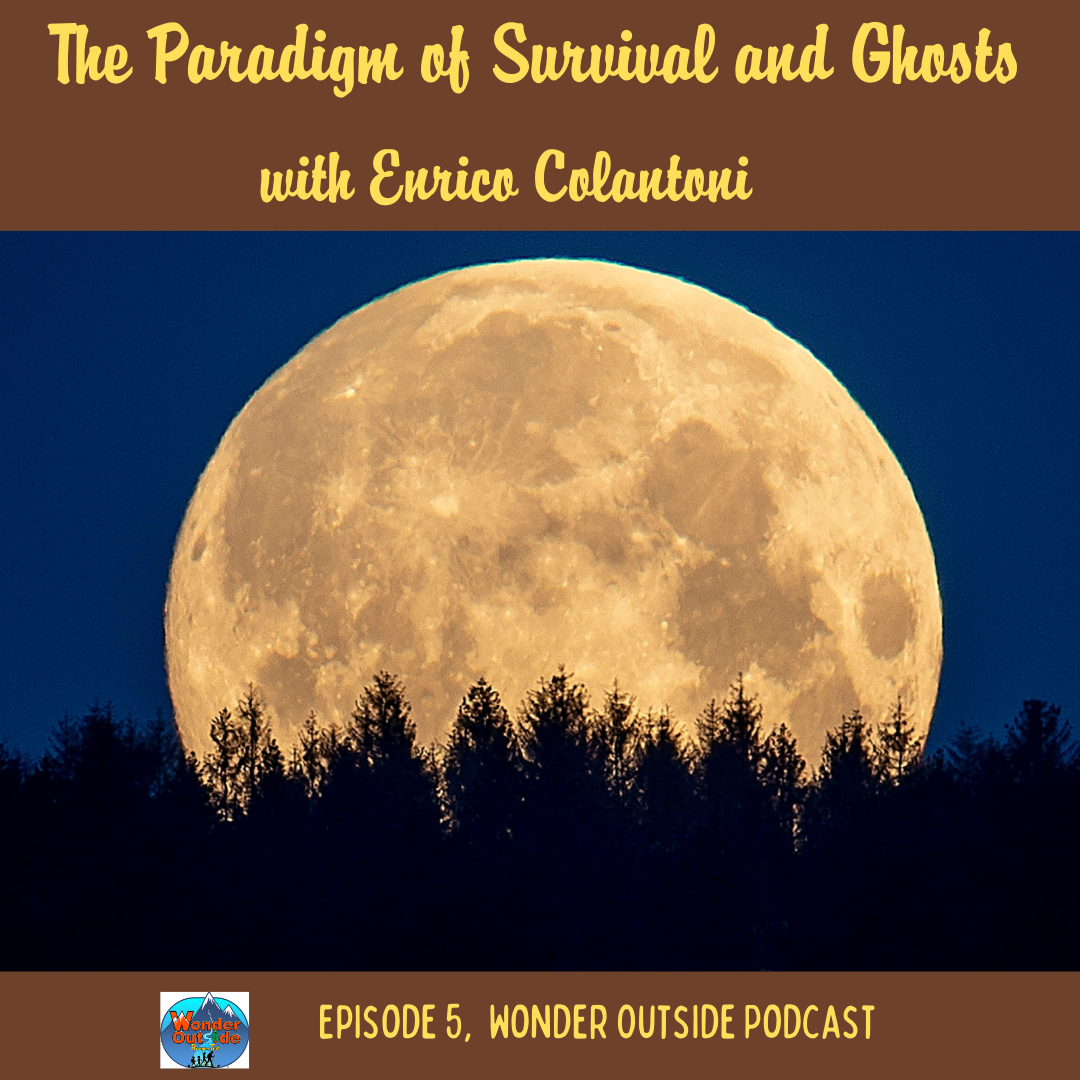 Enrico Colantoni is back for the second half of our conversation in episode five. If you like ghost stories then look no further! We’ll touch on some of the rather spooky and unexplainable events that occurred in the mountains in the Lake Arrowhead area of Southern California.

But since I get scared easily by ghost stories we’ll turn our attention to other topics including Canada, hockey and planting potatoes based on the cycles of the moon. One of the more poignant moments comes when Rico talks about his father and that his father had a connection to the earth and the moon – the environment. Rico’s father didn’t realize this dormant urge to be part of his surroundings again until he retired from his work in Toronto and moved back his native Italy.

This contributes to one of the dominant themes of my conversation with Rico: how we can get trapped in a paradigm of survival. How we become sucked into a vortex that limits our ability to see more important things such as meditating under a tree or appreciating the outdoors as real and necessary.

Finally, we’ll have some fun with the ‘Where in the World are You?’ and ‘What in the World Would You Do?’ games.

Just 15 minutes from there is Walnut Canyon National Monument and a short 84 miles away is one of the seven wonders of the world also known as the Grand Canyon.

In Where Art Meets Nature with DJ Shark we’ll talk about one of the most important songs I’ve ever heard or will ever hear about our environment. It’s time to look at Joni Mitchell’s, Big Yellow Taxi. Here are the lyrics and a concert video to one of the most iconic and brilliant songs of the last 50 years by a true genius.

In There’s No Planet B we re-visit the Amazon rainforest in both Brazil and Peru. There’s no doubt about several things:

There is a lot of fascinating evidence here and I encourage you to dive in. Steven Donziger’s story is here: https://theintercept.com/2020/01/29/chevron-ecuador-lawsuit-steven-donziger/

His website and legal defense fund that could use your attention is here: https://www.donzigerdefense.com/

A great summary of just how obscene a crime Chevron has gotten away with so far to the detriment of both the rainforest and the lives of real people who live there and continue to suffer from their crimes of which they were convicted. https://www.makechevroncleanup.com/

A long record of President Bolsonaro’s violations exists. Here’s some links that show his hostility to both indigenous people and the rainforest.

And finally, some very smart and committed people aren’t going to let these crimes and injustices go unanswered. They include Amazon Watch, Roger Waters, Alec Baldwin, Jody Williams and dozens of Nobel Laureates. Here’s a fascinating conference call/ webinar that will tell you everything you need to know about Chevron’s crimes.

And much more is there for you in the ONLY PODCAST VARIETY SHOW FOR NATURE AND ADVENTURE! Thanks for coming along! Sincerely, Ranger Ted.