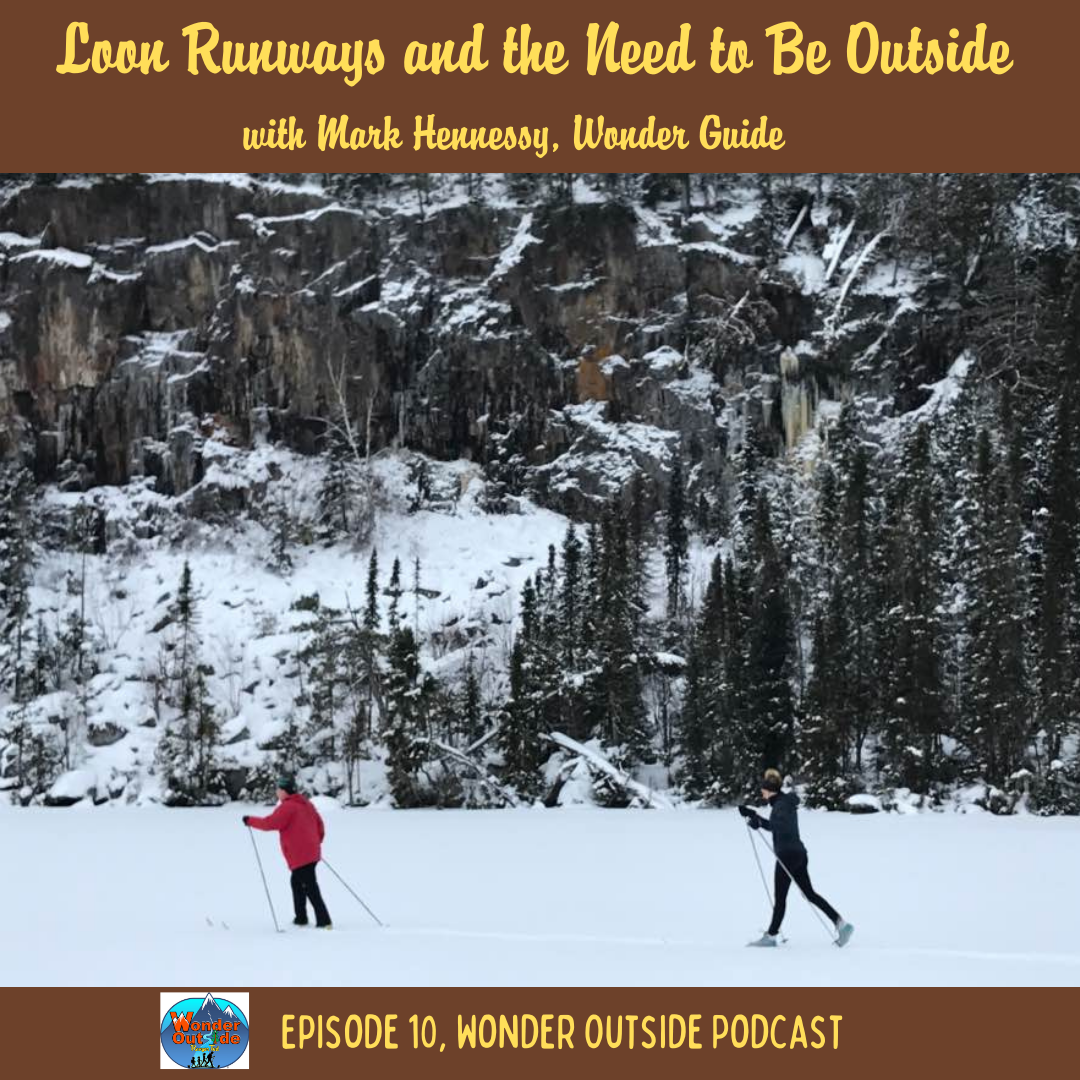 Not many people in this world know that a loon is one of the few birds with solid bones, which makes them heavier than most birds of similar size.  Still fewer would know what to do when a loon can’t take off from a lake that’s just beginning to freeze over entirely.

Or perhaps ice-breaker for loons should be his title.  Clearly, this particular loon had decided to sleep in too late.  Mark was in his favorite wilderness area in the world, the Boundary Waters Canoe Area Wilderness in northern Minnesota and knew that this loon would never get airborne if it didn’t have a long, ice-free, water runway for takeoff.

So he did what any veteran of canoeing and outdoor travel in the wilderness would do, he got in his canoe and proceeded to clear out a path in the ice with his paddle. And sure enough that loon was able to use that temporary runway for a successful takeoff and headed straight for Florida and the Gulf of Mexico.

And as observers of loon behavior know, that loon was most likely to fly right back at that very same lake – even that very same section of that lake, next year.  Hopefully, with an alarm set for a few days before ice-in.

The Need for Adventure

Mark Hennessy doesn’t have to think about why he likes to go outside. “Adventure.”

He doesn’t hesitate.  Mark not only likes outdoor adventure, he needs it.  He seeks it out nearly every day for his physical, emotional and spiritual health. Certainly, his annual winter camping trip with friends in the remotest regions of northern Minnesota would qualify as adventure.

Winter + Camping Does Not Equal Crazy

When I remind him that people don’t usually put the words ‘winter’ and ‘camping’ together in the same sentence he admits that some people do think he’s crazy.

And while you may not yet be ready to ski into the deep woods in January and sleep overnight for several nights in a tent, Mark and I are both here to say that taking those next steps (or paddles or glides) into the outdoors will be worth the effort.

Mark is, without a doubt, the most “extreme” outdoor adventurer I’ve had the pleasure to talk with as my Wonder Guide to date.  By extreme I don’t mean jumping out of airplanes or 1260’s in the halfpipe.  I mean experienced and traveled. He’s hiked, canoed, paddled and otherwise been outside in North America his entire life. He’s portaged his gear and canoe on his shoulders for days and weeks at a time without ever seeing another human being. He’s hiked the highest and most remote peaks of the American West to Alaska and he has one message for all of us: getting outside is a must and leads to transformational experiences.

Values You Want Your Kids Associated With

Even more important to Mark is the need for young people to get outside. That’s why he’s been a leader in the YMCA for over 40 years. He’s currently the Resource Director at YMCA USA. Previously he’s been the Director of the Red Wing, Minnesota YMCA and the Executive Director of the Minneapolis YMCA. He’s involved with several important non-profits as a board member including the Friends of the BWCA. https://www.friends-bwca.org/

I know him better though as the counselor who picked me up at a remote lodge after I had taken a fall on the trail in the Boundary Waters.  I wasn’t big enough yet to carry the canoe so I was laden down with the dreaded and heavy “kettle pack.”  The last few rods of the trail were completely covered in water (portages are measured in ‘rods’ which are approximately the length of a canoe: 16 feet) and I slipped and received a significant gash on my left shin.  (I can still see the dent today 40 years later.)

A quick, calm and expert assessment was made by our on-trail counselor and the entire group of two counselors and five or six campers turned right around, paddled two lakes back from where we had just come to a small outfitter’s lodge that had a pay phone. 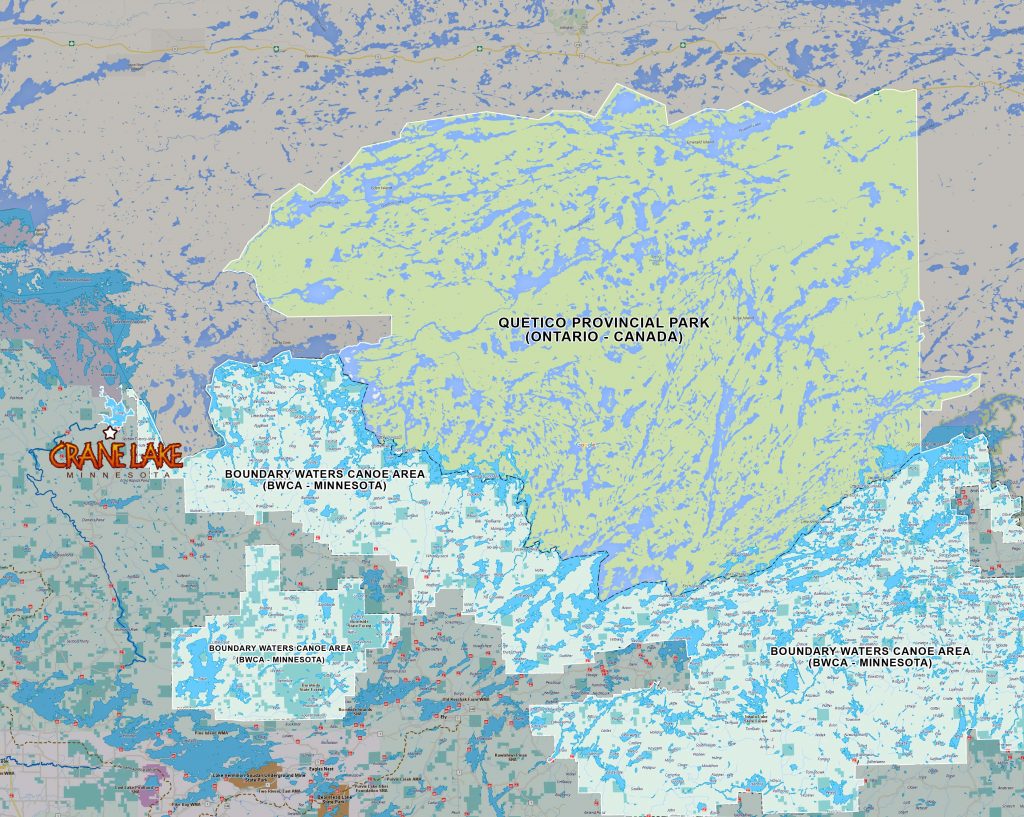 The BWCAW in northern Minnesota is bordered by the Quetico Provincial Park in Ontario.

Mark and his colleague showed up in car from camp a few hours later, took me to Grand Marais to get the cut in my leg stitched up and then bought me a Dairy Queen milkshake as soon as possible.

In our interview Mark highlights the three pillars of a complete YMCA camping experience: safety, positive role models and fun.  And all of those were working in perfect harmony on my behalf.

The Coolest Counselors in the World

Then they took me back to the main camp, entirely empty of campers my age, and introduced me to the coolest people in the world.  Counselors in their 20’s who were preparing for 21-day trips to the Quetico.  The what-?  https://www.ontarioparks.com/park/quetico

Everything about the staff at YMCA Camp Menogyn was cool. Guys who wore their bandanas on their heads just so and sewed hand-made hacky sacks from bits of leather and filled them with lentils.  (Years before the brand Wham-O got in on that market.) Gals who were just back from 30-day backpacking trips to the Wind River Mountains of Wyoming.  All of them brimming with confidence, laughter and big plans.

Even more amazing to me was that they all talked about ‘Alaska’.  They talked about the last frontier as if it were just around the corner and of course they were just there or planning to go there soon.

Mark and his colleagues are some of my most important mentors in my education as adventurer and now outdoor guide and naturalist.

When I came to the YMCA Camp Menogyn in the early 80’s as a young teen I was already versed in the lakes, canoes, mosquitoes and outdoor immersion that defines much of Minnesota and its people.  I had been swimming in those lakes and playing hockey on top of those lakes since I could walk.

But when I arrived at Menogyn for my first five-night canoe trip and met Mark and the cadre of wilderness adventure experts on staff, I was a neophyte. I had heard the word ‘Duluth pack’ but never carried one. I certainly was too small to hoist that canoe onto my shoulders and what the hell was this rule about getting your boots wet in order guide the canoe into a portage?!

Which highlights yet another value that  is taught at Menogyn and other Y camps: care and respect of equipment is at the top of the list.

Soon enough I realized that my wet feet meant only that – that my feet were wet.  But it also meant that the canoe I was handling wouldn’t get dinged up and damaged by the sharp rocks.

I knew the Boundary Waters Canoe Area was big… but I had no idea how big. More than 1000 lakes big. More than 1 million acres big. And all of that with not one single motor boat. Not one telephone booth. Not one McDonald’s let alone country store where they sell milk.

This was my introduction to true adventure.  And I gobbled it up.  In our conversation together in his Minneapolis backyard we return to a wide variety of interesting, fun and inspiring topics.

Mark reminds me that one way to truly take a breath in the great outdoors is to bring your camera. Like me, Mark can be very focused on the goal at hand or the completion of a task.  By having that camera with you, he says, your forced to take an important break and be truly present in your environment.

His exceptional landscape photography can be found here: https://www.markhennessyphotography.com/

We talk about bear, moose, wolves and the great flora and fauna of the boreal forest. We talk about the need for young people to experience the outdoors in settings away from their families so that they can learn teamwork and responsibility.

We even talk about Jolly Ranchers. Or as Mark likes to call them, “hiking enhancers.” When hiking with his young daughters at the time, he found that small rewards or hiking enhancers were a simple way to get them through the challenging parts and in doing so initiate them into a life of meaningful engagement with nature.

My conversation with Mark is full of especially useful reminders for getting outside more easily, more often and more confidently. Mark reminds us that ‘transformational moments’ are just around the bend and that a little effort can lead to a life of wonder and meaning in the great outdoors.

Yes there’s going to be some bad days.  Kids will complain. We’ll feel cold and uncomfortable.  We might need a vacation from our vacation. But it’s manageable with just a bit of effort and planning. If we are to come anywhere close to ‘transformational moments’ as Mark describes them, we must be willing to do more than consult our screens.
It’s often those difficult chapters, those uncomfortable experiences that lead to indelible memories.  The more we venture out into new territory and attempt new ways of being in the outdoors the more we gain.
First, we gain experience and that creates confidence for the next adventure. That kind of confidence reads to all those around you. It’s the best kind of mentoring and teaching. It’s especially tangible to the young people around us. Even if we don’t always get it “right” we are showing by example that we are willing to take on new challenges with confidence and gusto.
One Minute Vacations
Mark pointed out as we sat in his shady backyard with the sound of birds all around that one minute vacations are available to us at all times.  If we find ourselves struggling or in a rut or depressed, there’s an escape just outside our door that can shift our perspective in minutes.

It’s a phrase that many of us who lead people into the outdoors are aware of: nature deficit disorder. It’s real and it’s affecting our children and our society every day. It’s thoroughly explained in Richard Louv’s best selling and ground breaking book, Last Child in the Woods.
The basic premise, backed up by study after study, is that the less contact children have with nature and the more we disassociate ourselves with the outdoors and natural experiences, the more we and the planet suffer on every conceivable level. 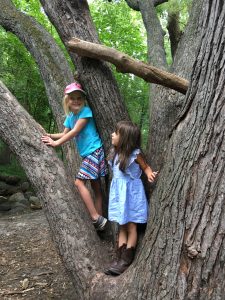 Mark echoes those same concerns, “How do we get kids to appreciate the wilderness? Because we need them to grow up to be advocates to save these places.” Clearly, one of his strategies is to advocate for kids to participate in YMCA camps. He points out that the camping experience, with a group of peers and well-trained counselors, has a proven track record of success. The opportunity to build responsible habits and practice teamwork in a outdoor setting is what YMCA camping is all about.
I’m evidence of that very thing.  Mark and the many other committed adults, mentors, guides, teachers and advocates for nature and outdoor experiences have my life infinitely more meaningful.

This season of the Wonder Outside podcast is called “Next Adventures.”  Mark has so many that he’s dreaming of I had to limit him to his top two.  One, he wants to raft down the Colorado River through the Grand Canyon.  Also at the top of his list is the Anapurna circuit in the Himalayas of Nepal.

Finally, we agreed no to let so many years go between our next shared adventure and decided to meet on one of the several “unnamed” lakes in the BWCAW.

The Segments for the Variety Show for Nature

In the There’s No Planet B segment we discuss the reasons why planning to build Copper-Sulfide mines on the doorstep of the BWCAW is a really bad idea.  https://www.friends-bwca.org/sulfide-mining