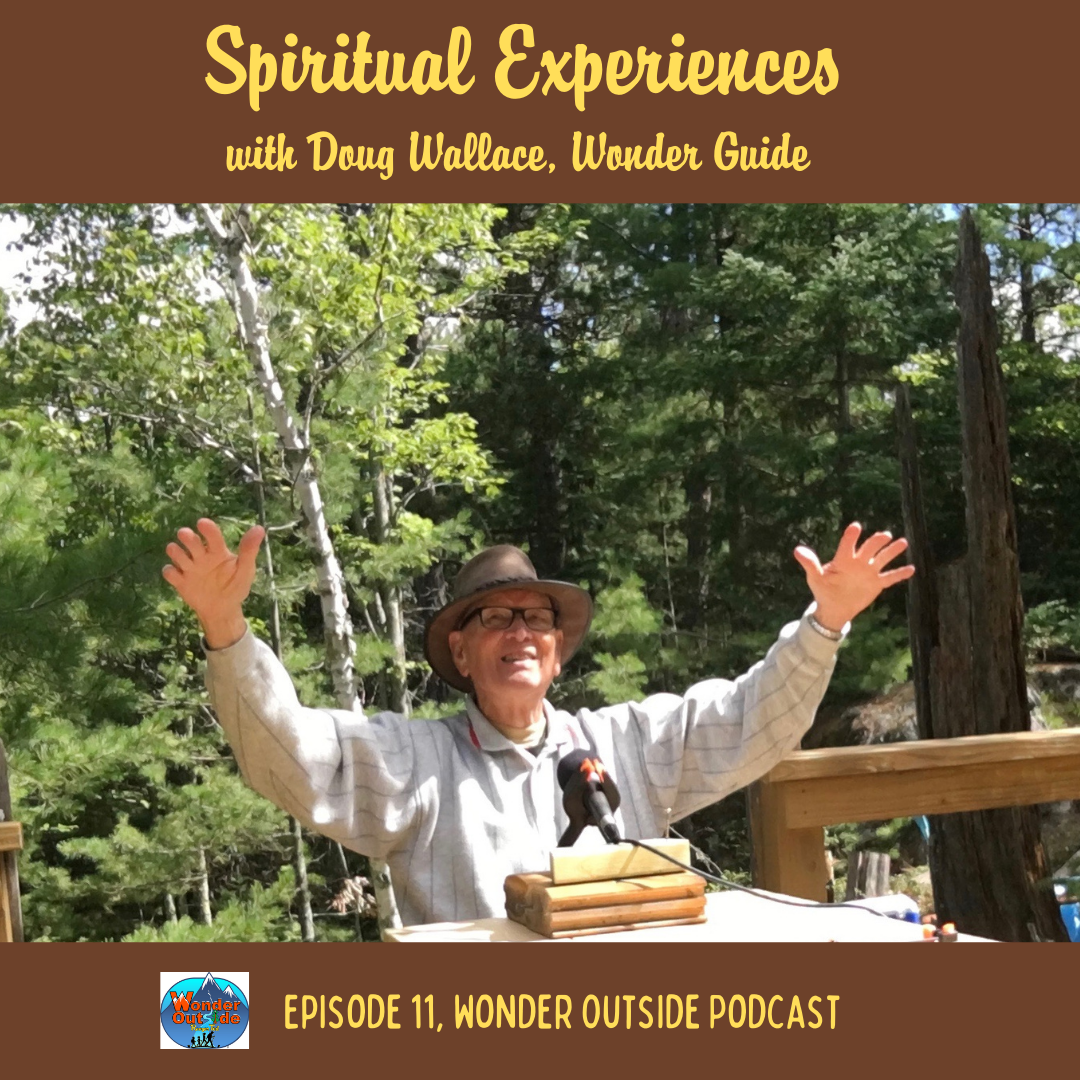 Doug Wallace is eighty-four years old going on fifty-five.  He’s up by 5:30 am and if his wife, Peggy Hunter, isn’t up by six, he’s going to wake her because it’s time to get in the canoe. They canoe every day (weather permitting) from ice out in May to closing up the cabin in late September on Lake Vermilion.

You’re Gonna Canoe How Many Miles of Shoreline?

Lake Vermilion in northern Minnesota is big.  In fact, it’s the 5th biggest lake in the state known as the land of 10,000 lakes. It’s 30 miles from one end to the other and has over 360 islands. There are more than 1200 miles of shoreline on this lake and Doug has paddled 2/3 of that shoreline and intends on completing them all.  He’s just about to turn 84 years old.

A Mentor for Many

The reason I know and love the woods, lakes, camping, canoeing, boating, loons, bald eagles, the Boundary Waters and everything northern Minnesota can be traced back to my friend and mentor, Doug Wallace. He’s the one who scouted Lake Vermilion for land in 1962. He’s the one who rallied my parents to buy some of that land and build an A-frame in the early 70’s. He’s the one who helped me in countless ways when I built my own cabin and he’s the one who maintains a vigilant watch over this precious lake and greater environment.

Doug’s first trip into the Boundary Waters was in 1943 when he was just six years old and every moment of that experience is still crystal clear for him. That experience shaped his life.  Even though it was chilly in late September and they couldn’t leave the lake they were camping on because they were wind bound, he had the time of his life.

The clarity with which Doug remembers his first Boundary Waters experience is similar to the clear memories I have of my first canoe trip into the BWCAW.  Mark Hennessy, our Wonder Guide in episode ten, similarly remembers with perfect clarity his first Boundary Waters experience.  It seems no matter the weather, circumstances or lack of comfort, for each one of us, the experience was more than memorable, it was life-shaping.

An Ever Changing Landscape

When Doug and his wife, Peggy Hunter, wake up early and get in the canoe they regularly see a miraculous and ever-changing shoreline.  They routinely have what Doug calls, spiritual experiences.  Whether it’s two American Bald Eagles alighting on a White Pine branch and turning to see the sun just as it rises or slipping along quietly on perfectly still lake with the landscape perfectly reflected in the water, they witness the wonder of the boreal forest and all its wild inhabitants on a daily basis.  Unless it’s pouring rain.

But Doug doesn’t stop there as a passive observer. He goes to bat every single day for the wild places and animals that he loves and cherishes. Our conversation is a step-by-step lesson in how to organize people for a common cause.  He’s the definition of a grass-roots organizer.  When logging of old growth timber and proposed logging roads were about to take place nearby, on the doorstep of the BWCAW, Doug and Peggy got busy.

They “found out” over and over that the rules weren’t being followed.  The Forest Service was ignoring their own regulations including the need for an Environmental Assessment.  Through hard work and diligence they also “found out” that Boise Cascade, the very company that was going to profit from the logging, were in fact leading the meetings to decide the fate of the roadless area.

You’re Group Knows More About This Area Than Our Staff

Eventually, with enough voices raised, the Park Ranger recognized that Doug, Peggy and their group “knew more about Wolf Lake Roadless Area” than the Forest Service staff.  So she proposed that Doug’s group become an integral part of the monitoring of this area.  Now Doug, Peggy and a regular rotation of committed volunteers keep track of the many metrics that need to be measured in environments like this such as water quality and invasive species.

The Lorax with a Rolodex

Eventually, Doug and Peggy and their allies were able to use modern conveniences such as email but this campaign was grown through one on one conversations. Through relentless determination and vision, Doug, Peggy and their friends protected this critical and sensitive habitat from needless destruction.

Loons Have a Champion

It would seem Doug would need to take a nap but he’s got loons to protect.  He, Peggy and their neighbors have been instrumental in creating important speed limits on Lake Vermilion. Loons nest very close to shore and the huge wakes of the ever increasing boat traffic on the lake have been extremely detrimental to loon eggs.

Trees, Mountains and Eagles Oh My!

Our wide-ranging conversation covers the birth of a new loon in the area, hiking in the Mission mountains, landscape photography, YMCA leadership programs, climate change and its effects on the boreal forest and much more.

Doug was instrumental, while at the YMCA, in implementing several leadership programs including The Environmental  Backpack Program as well as serving as the Program Director and Executive Director of the University of Minnesota YMCA. Among the alumni of this program are the founders of the company, Granite Gear.

At the core of what Doug talks about, cares about and fights for though is a recognition that spiritual experiences are available to all of us in wild places.

What is a spiritual experience for Doug?

“That you really are in the deepest possible touch with creation and the creator and a piece of that creation. And for a moment or two or longer, there is a connection between you and another species that is very rare. At a deep beyond word, beyond science experience.”

Finally, I also conduct a rapid-fire canoe trivia game with Doug. Extra points if you can define “Tumblehome” before Doug does. https://paddling.com/learn/canoe-design-hull-shape-sides-rocker/

The more I watch Sting’s video for Fields of Gold the more I appreciate the song, the storytelling, the artist himself and the director, Kevin Godley.  DJ Shark brings so much insight to each of these songs. (See video at bottom of post)

Come along as our expert musical correspondent, DJ Shark and I discuss the ever-iconic Sting and his song, Fields of Gold.

This episode we discuss the definition of a “Wilderness Area’ and the landmark Wilderness Act of 1964 signed into law by Lyndon B. Johnson. He profoundly said on that day,

“If future generations are to remember us with gratitude rather than contempt, we must leave them a glimpse of the world as it was in the beginning, not just after we got through with it.”

– Proclaimed by President Lyndon B. Johnson upon his signing of The Wilderness Act, September 3rd, 1964

This very informative article from REI explains the many different types of public lands that are available for all of us.

We start in Clarence, New York just outside of Buffalo at the Penny Lane Cafe where artist Anne Valby has created a wonderful dining and community experience for all. http://www.pennylaneclarence.com/

Just 3 minutes away is: The Main Street Town Park. https://www2.erie.gov/clarence/index.php?q=main-street-town-park

Just 30 minutes away is the Iroquois National Wildlife Refuge. https://www.fws.gov/refuge/Iroquois/map.html

And less than 3 hours away is Oneida Lake and the Stone Barn State Forest. https://www.dec.ny.gov/lands/107405.html